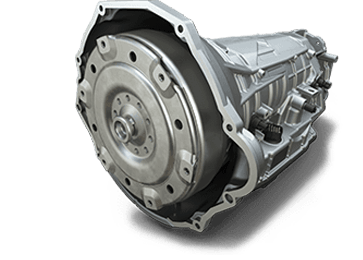 There are generally excepted industry terms that auto service, dealer, repair shops and garages use to describe what they are going to do when they work on your transmission.  Also, all too often more unscrupulous shops and business’s will miss-represent a lower quality repair with a higher quality label, we would like to help you […]

If you drive your car long enough, it will need transmission repair at some point, it happens sooner for some vehicle types than for others. Whether this means the transmission needs to be serviced, rebuilt or replaced may depend on how long the car has been driven with transmission issues, and how much damage has been done. […]

If you are experiencing any of the following symptoms with your vehicle, it is a good idea to have your vehicle looked at right away so that possible further damage does not occur. Stop by Everson Transmission for a free road test diagnosis, or give us a call. We will be happy to answer any […]

Check out our Yelp.com page. http://www.yelp.com/biz/everson-transmission-everson 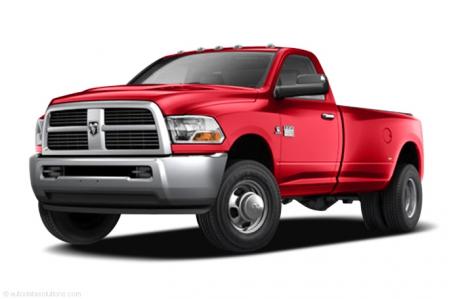 Diesel Trucks! Performance Cars! Classic Cars! We do them all!

We do more than Transmissions!

We have many customers that bring their vehicles to us for brakes, differentials, tune-ups, and also regular maintenance. We have Free Estimates! – Let us figure out what your car needs then we can give you options for the best plan to fix your vehicle! 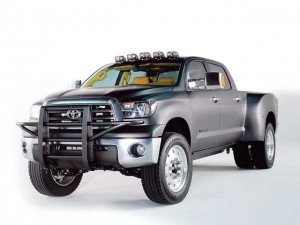 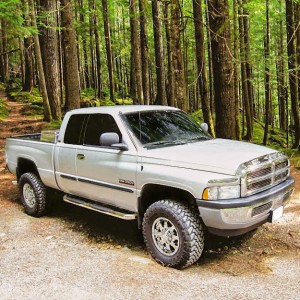 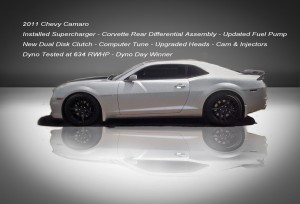 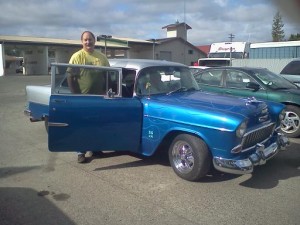 Everson Transmissions is trying to enhance our online presence. In the coming months we will be tweaking our website, sending out email newsletters, and setting up a new Facebook page. So please check out our new Facebook page and “like” us!

Remember, we do more than just Transmissions, come see us for your brakes, tune-ups and other maintenance necessary to keep you and your family safe and mobile. 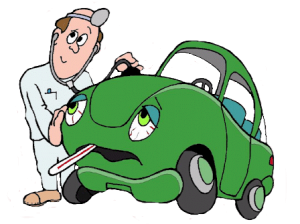 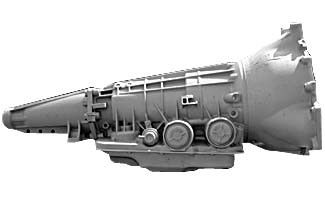 The modern automatic transmission consists of many components and systems that are designed to work together in a symphony of clever mechanical, hydraulic and electrical technology that has evolved over the years into what many mechanically inclined individuals consider to be an art form.  We try to use simple, generic explanations where possible to describe these systems but, due to the complexity of some of these components, you may have to use some mental gymnastics to visualize their operation.

The main components that make up an automatic transmission include:

Automatic transmissions contain many gears in various combinations.  In a manual transmission, gears slide along shafts as you move the shift lever from one position to another, engaging various sized gears as required in order to provide the correct gear ratio. In an automatic transmission, however, the gears are never physically moved and are always engaged to the same gears.  This is accomplished through the use of planetary gear sets.

The basic planetary gear set consists of a sun gear, a ring gear and two or more planet gears, all remaining in constant mesh.  The planet gears are connected to each other through a common carrier, which allows the gears to spin on shafts called

“pinions” which are attached to the carrier.

One example of a way that this system can be used is by connecting the ring gear to the input shaft coming from the engine, connecting the planet carrier to the output shaft, and locking the sun gear so that it can’t move.  In this scenario, when we turn the ring gear, the planets will “walk” along the sun gear (which is held stationary) causing the planet carrier to turn the output shaft in the same direction as the input shaft but at a slower speed causing gear reduction (similar to a car in first gear).

If we unlock the sun gear and lock any two elements together, this will cause all three elements to turn at the same speed so that the output shaft will turn at the same rate of speed as the input shaft. This is like a car that is in third or high gear. Another way that we can use a Planetary gear set is by locking the planet carrier from moving, then applying power to the ring gear which will cause the sun gear to turn in the opposite direction giving us reverse gear.

The clutch pack is used, in this instance, to lock the planet carrier with the sun gear forcing both to turn at the same speed. If both the clutch pack and the band were released, the system would be in neutral.  Turning the input shaft would turn the planet gears against the sun gear, but since nothing is holding the sun gear, it will just spin free and have no effect on the output shaft. To place the unit in first gear, the band is applied to hold the sun gear from moving.  To shift from first to high gear, the band is released and the clutch is applied causing the output shaft to turn at the same speed as the input shaft.

Many more combinations are possible using two or more planetary sets connected in various ways to provide the different forward speeds and reverse that are found in modern automatic transmissions.

Some of the clever gear arrangements found in four and now, five, six and even seven and eight-speed automatics are complex enough to make a technically astute lay person’s head spin trying to understand the flow of power through the transmission as it shifts from first gear through top gear while the vehicle accelerates to highway speed.  On modern vehicles (mid ’80s to the present), the vehicle’s computer monitors and controls these shifts so that they are almost imperceptible.

The transmission is a device that is connected to the back of the engine and sends the power from the engine to the drive wheels. An automobile engine runs at its best at a certain RPM (Revolutions Per Minute) range and it is the transmission’s job to make sure that the power is delivered to the wheels while keeping the engine within that range. It does this through various gear combinations. In first gear, the engine turns much faster in relation to the drive wheels, while in high gear the engine is loafing even though the car may be going in excess of 70 MPH. In addition to the various forward gears, a transmission also has a neutral position which disconnects the engine from the drive wheels, and reverse, which causes the drive wheels to turn in the opposite direction allowing you to back up. Finally, there is the Park position. In this position, a latch mechanism (not unlike a deadbolt lock on a door) is inserted into a slot in the output shaft to lock the drive wheels and keep them from turning, thereby preventing the vehicle from rolling.

There are two basic types of automatic transmissions based on whether the vehicle is rear wheel drive or front wheel drive.

On a rear wheel drive car, Power flow on a rear wheel drive automobile the transmission is usually mounted to the back of the engine and is located under the hump in the center of the floorboard alongside the gas pedal position. A drive shaft connects the rear of the transmission to the final drive which is located in the rear axle and is used to send power to the rear wheels. Power flow on this system is simple and straight forward going from the engine, through the torque converter, then through the transmission and drive shaft until it reaches the final drive where it is split and sent to the two rear wheels.

There are a number of other arrangements including front drive vehicles where the engine is mounted front to back instead of sideways and there are other systems that drive all four wheels but the two systems described here are by far the most popular. A much less popular rear drive arrangement has the transmission mounted directly to the final drive at the rear and is connected by a drive shaft to the torque converter which is still mounted on the engine. This system is found on the new Corvette and is used in order to balance the weight evenly between the front and rear wheels for improved performance and handling. Another rear drive system mounts everything, the engine, transmission and final drive in the rear. This rear engine arrangement is popular on the Porsche. 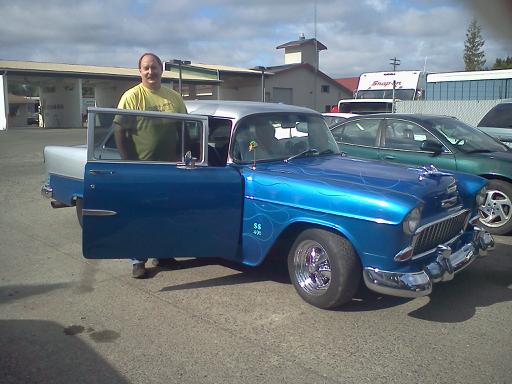 Welcome to our new website! We’re still getting it all set up, so more information will be posted soon.

Until then, if you are having car troubles, give us a call!